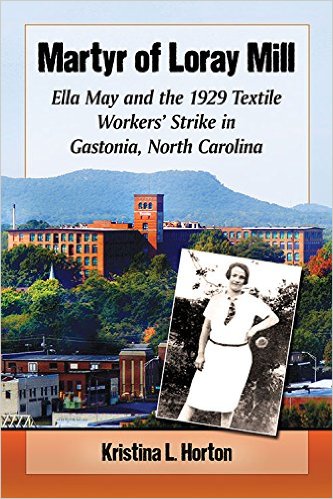 Kristina Horton, great-granddaughter of Ella May has written a new book on the murdered labor leader, mother of nine and balladeer titled, Martyr of Loray Mill: Ella May and the 1929 Textile Workers’ Strike in Gastonia, North Carolina.

I have personal interest in this book in that I grew up in Gastonia and worked in textile mills putting in air conditioning units and duct-work during the summers that I was in college.  Moreover, my great-grandfather was employed  at Loray Mill, although he had gone into business for himself before the strike started.  But not everyone had that option, especially not Ella May who was a single mom working to feed nine children, 4 of whom died of whooping cough in one day.  This is her testimony in Washington DC about the labor conditions of southern mills:

“I’m the mother of nine. Four died with the whooping cough, all at once. I was working nights, I asked the super to put me on days, so’s I could tend ‘em when they had their bad spells. But he wouldn’t. I don’t know why. … So I had to quit, and then there wasn’t no money for medicine, and they just died.”

The strike began because of the “stretch-out” system.  A system where weavers and spinners were required to double their work for less money.  Ella May thought that the union would be the best way to  improve conditions for her children so she joined the strike and eventually became one of the leaders and rallied the workers with her ballads.  Here is a description of peoples reaction to her taking the stage at a rally from the book’s introduction:

“Journalists sprang to Gaston County North Carolina. One of them witnessed a scrappy young female textile worker with guitar in hand ascend a speaking platform.  At once the reporter was “transfixed” by her presence and the music that “bubbled” from her.  Other textile workers were drawn in, attentively listening to her “full, throaty voice,” chuckling at her attacks on mill bosses, nodding at testimony to hardship.  The crowd delighted  in how she “gave songs in the mountain style, with an odd sort of yip at the end.”  Another female striker commented, “Purtiest singing I ever heard.”  Others agreed.  The balladeer with the magnetic aura in the center of a national controversy was Ella May.”

Soon afterward Ella May was “…deliberately shot (and killed) for her interracial organizing and her role as balladeer and speaker,” by a group of vigilantes called the Committee of 100 hired by the mill owners to break the strike. No one was ever indited even though there were over fifty eyewitnesses.

The strike was one of the most import strikes in the history of American labor.  Although it achieved little reform at Loray Mill (they lowered the hours to 55 a week) it galvanized people wanting better wages and living conditions all over the US and Europe.  Ella May herself was influential and was called by Woodie Gutherie “…the pioneer of the protest ballad”  (Huber 2009). Pete Seeger even recorded some of her songs (3).

I have not quite finished the book, but so far I have found it to be a well researched and personal account of Ella May’s short but consequential life.  The author deftly navigates a city and surrounding county that has never celebrated the strike as a pivotal event in the history of American labor, but as an embarrassment and something to be forgotten.  One thing I like about the book is the fact that Horton has a compilation of ballads composed around the strike, including Ella Mays famous, Mill Mother’s Lament.  It also has an appearance the director of Barton College’s Hackney Library and Gaston County native, George Loveland.  He wrote a book on the strike, For Our Little Children: Growing Up in the Shadow of the Loray Mill Strike, which I have read and found to be richly drawn and like Horton’s book, a very personal account of the 1929 event. 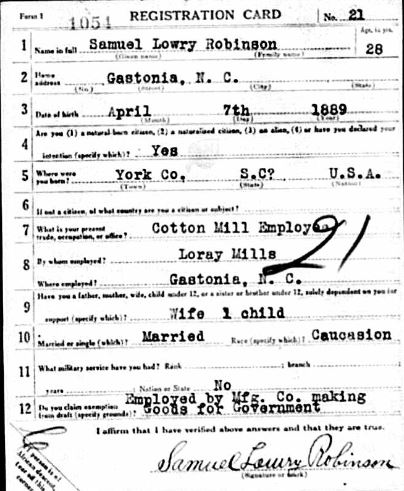 My great grandfather’s WWI registration card stating that he worked at Loray Mills. 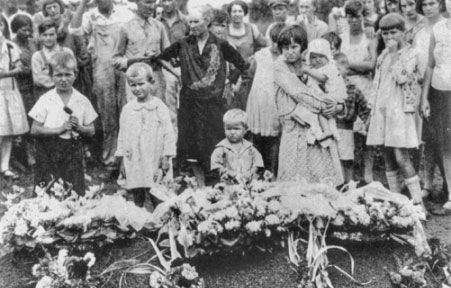 Ella May’s grave and her surviving children, all of whom went into an orphanage. 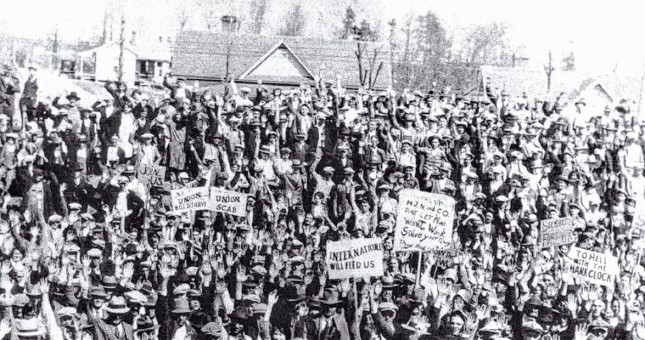 Loray Mill Strikers. Sign in the lower right says “To Hell with the Hank Clock.” These clocks timed each task on the looms and weaver to make the worker go at a quicker pace and were a major grievance of the strikers. 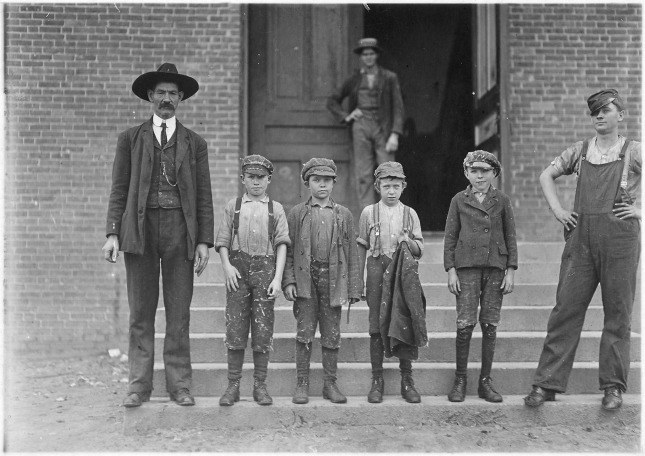 Young boy employees of Loray Mill. They would advertise for children of small stature so they could easily go into the looms and fix thread breaks. The boy with the coat is listed as eleven years old. 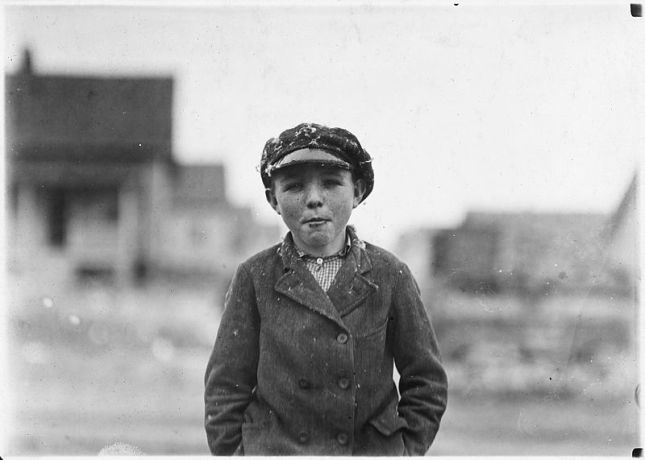 “Been at it right smart for two years now.” 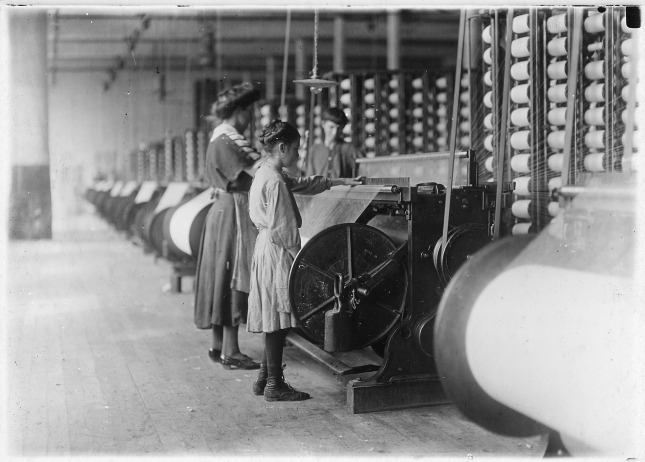 A young girl working at a warping machine at Loray Mill. 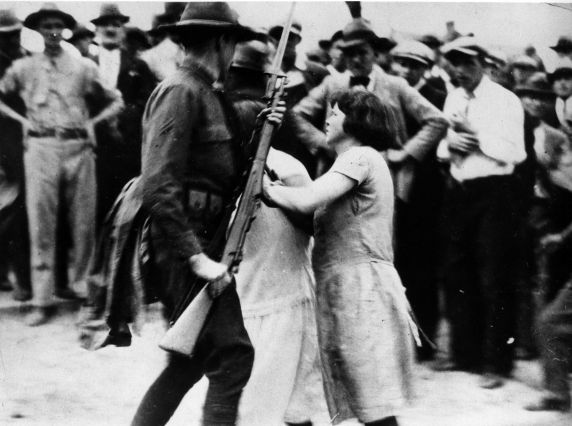